The Oldest String Instrument of the Humankind

The origin of the oud belongs to the ancient times and similar instruments were used by the Babylonian and ancient Egypt an. In Arabic culture, oud is played as “king of the instruments” until today.
I compose modern style music on oud – But I play traditional oud and try to use whole possibility of expression with its sound.

All works by Naochika Sogabe is licensed under a Creative Commons Attribution-NonCommercial-NoDerivatives 4.0 International License.
Permissions beyond the scope of this license may be available at https://naochika.com/contact/.

01 In the Heart of the Riad (YouTube version)
Oud solo

In the Heart of the Riad by Naochika Sogabe is licensed under a Creative Commons Attribution-NonCommercial-NoDerivatives 4.0 International License.

02 Notre-Dame Rediscovered
3x Oud
I composed in the style of Notre-Dame School in the 12th Century in Paris/France. About the Notre-Dame school please look Wikipedia:
https://en.wikipedia.org/wiki/Notre-Dame_school

01 Embrace
Dialogue with Lute and Oud

04 Uzume (Goddess of Dance)
Heavy Metal with lute, oud, electric guitar, electric bass, frame drum, Tibetan zimbel, synthesizer
Uzume is a goddess in Shinto, Japanese traditional religion.
Once the sun goddess Ameterasu (Yes, the most important god for Japanese is FEMALE.) was angry and hide in the cave and the world became dark. Uzume danced before the cave. Amaterasu became curious and came out from the cave. So the world got the light again.

07 In the Heart of the Riad
Oud and frame drum
Riad is a traditional house with beautiful patio in Morroco. As tourist, you can stay in it.

02 Ben Youssef Madrasa or Divine Silence
2x oud, frame drum
Ben Youssef Madrasa was a college in Marrakesh, Morocco. Now it is open as museum for public. When we visited it, we were alone – it was after a terror attack in Marrakesh. There was only divine silence in this large monument.
Link to Wikipedia:
https://en.wikipedia.org/wiki/Ben_Youssef_Madrasa

04 Nocturne
Oud duo
I composed it in the style of “nocturne”, which known as the works of Frédéric Chopin. 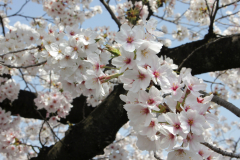 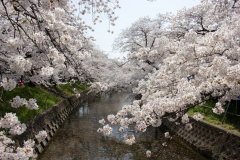